If you were told to lie down on a bed of nails, you’ll probably think you’re being dared to make that Bon Jovi song a reality. The truth is that many people around the world are already doing it with the use of an acupressure mat. Well, it’s not really a bed of nails. It’s much like plastic needles.

An acupressure mat is composed of numerous plastic needles that are deliberately placed together to mimic the effects of acupuncture. However, unlike acupuncture, these needles won’t penetrate your skin. It targets pressure points on the body. All you have to do to enjoy its benefits is lie down slowly on the acupressure mat for 10-15 minutes a day. 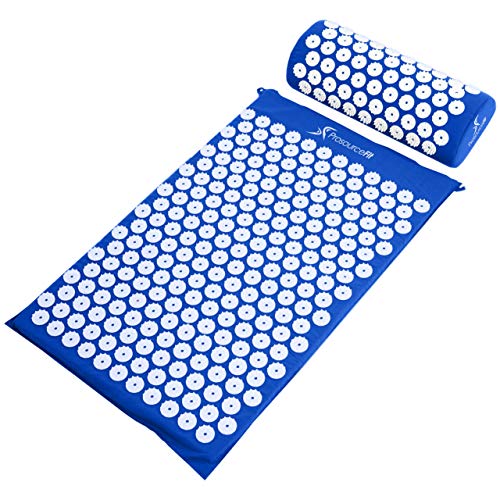 Relieves Back, Foot and Neck Pain

Studies have shown that when a person with chronic back pain uses an acupressure mat for 15 minutes a day within 3 weeks, he or she will notice a significant decrease in the amount of pain around the back. Moreover, those who have pain around their neck and foot areas claimed that they found almost immediate relief after using the mat on a regular basis.

People who suffer from insomnia benefit greatly from using an acupressure mat. The mat specifically targets acupressure points on the back. It also helps distribute energy levels and provides balance to our circadian rhythm.

If you’re trying to get over that heavy afternoon slump, or when you’re getting ready for the day, a few minutes on your acupressure mat can help replenish your energy.

There was also a study done in 2003 which stated that Oxytocin has a calming effect. An acupressure mat can aid in the release of Oxytocin by targeting acupressure points on the back.

An acupressure mat doesn’t just make you feel better because of its pain-relieving effects, it also makes you feel happy by helping the body secrete more Endorphins. These are neurotransmitters that act like morphine, but they are created naturally by the body. Endorphins also induce the feeling of euphoria.

What is the Nayoya Acupressure Mat? What makes it didfferent? Learn about this popular acupressure mat and find out what you’ll get out of it.

With all these great acupressure mat benefits, there’s no wonder that they have quickly become popular alternative medicine tools. Do note that it may take some time to get completely used to the sensation as you lie down on these mats. They may feel unbearable at first, but once you ease into using them, the feeling is absolutely worth it.

The Nayoya Acupressure Mat: Everything You Need to Know